Many victims of abuse do not realize the lasting effects that the abuse has on their children even when the children themselves are not actually physically abused. Statistics show that children who live with domestic violence may not be able to deal with the stress of everyday life and are more likely to commit crimes and have substance abuse problems.

Domestic violence is defined as a pattern of abusive behavior in any relationship that is used by one partner to gain or maintain power and control over another intimate partner.  Domestic violence can be physical, sexual, emotional, economic, and/or psychological.  It involves actions or threats of actions that influence another person, including any behaviors that intimidate, manipulate, humiliate, isolate, frighten, terrorize, coerce, threaten, blame, hurt, injure, or wound someone.[12]

Every year, approximately 3.3 million children in the United States between the ages of three and seventeen witness domestic violence. [13]

In homes where domestic violence occurs, children run a high risk of suffering from physical abuse.

A major study at battered women’s shelters found that approximately 70% of the children at these shelters were victims of physical abuse or neglect and that 30% had been sexually assaulted.

Studies show that children from violent homes often experience developmental delays; stress-related physical ailments such as headaches, ulcers, and rashes; and hearing and speech problems.  Often children who are not the focus of the physical abuse are injured when trying to protect the victim of the abuse or, if younger, may be injured unintentionally during the incident.

Emotional effects of domestic violence on children include the following: feeling guilt for the abuse, constant anxiety that another beating will occur, guilt for not being able to stop the abuse, guilt for loving the abuser, and fear of abandonment.

What is “Abuse and Neglect”?

Abuse and neglect occur when a parent or custodian of a child under the age of eighteen (18) knowingly, not accidentally, treats that child in such a way as to inflict harm or neglects the child in such a manner as to adversely affect the child’s health or well-being.[14]  It is a crime for a parent or custodian to abuse or neglect a child.  It can also be a crime to witness child abuse and not report it.  Abuse and neglect of a child eight years old or younger is a felony.

What is “Aggravated Child Abuse”?

Where should child abuse be reported?

Child abuse and neglect should be reported to the Tennessee Department of Children’s Services (“DCS”) at the following address:

What are the legal ramifications for failing to report suspected child abuse to DCS?

What steps can a parent take to protect a child from an abuser?

DCS can assist in making sure that court action is taken to keep the abuser from the children.  It is very imperative to contact DCS and take the necessary steps to petition the Juvenile Court for an order to protect the children.  DCS can also find treatment and counseling programs to assist children with any mental or physical problems related to domestic violence exposure.  Also, the parent may request an Order of Protection, which requires the abuser to leave the household or further refrain from contact with those protected by the order.  In that proceeding, the parent seeking protection may request a custody order setting out reasonable, perhaps supervised, visitation with the minor children.

What if the parent cannot support the family without a partner’s income?

If the non-abusive parent is granted custody of the children, the abusive parent may be ordered to pay child support.  Child support in Tennessee is determined by the state child support guidelines, specifically by the income of the parents, how often each parent has the child(ren), and the number of children being supported.

Does an allegedly abusive partner have a right to visitation with the children?

If the parent seeking protection and the abuser are not married, and there is no court order stating that the abuser is the parent of the innocent parent’s minor children, the abuser has no right to visit with or have custody of the children, unless supervised visitation privileges are in place.

What are the long-term effects of domestic violence on children?

[12] The United States Department of Justice Office on Violence Against Women, What is Domestic Violence?” available at http://www.ovw.usdoj.gov/domviolence.htm. 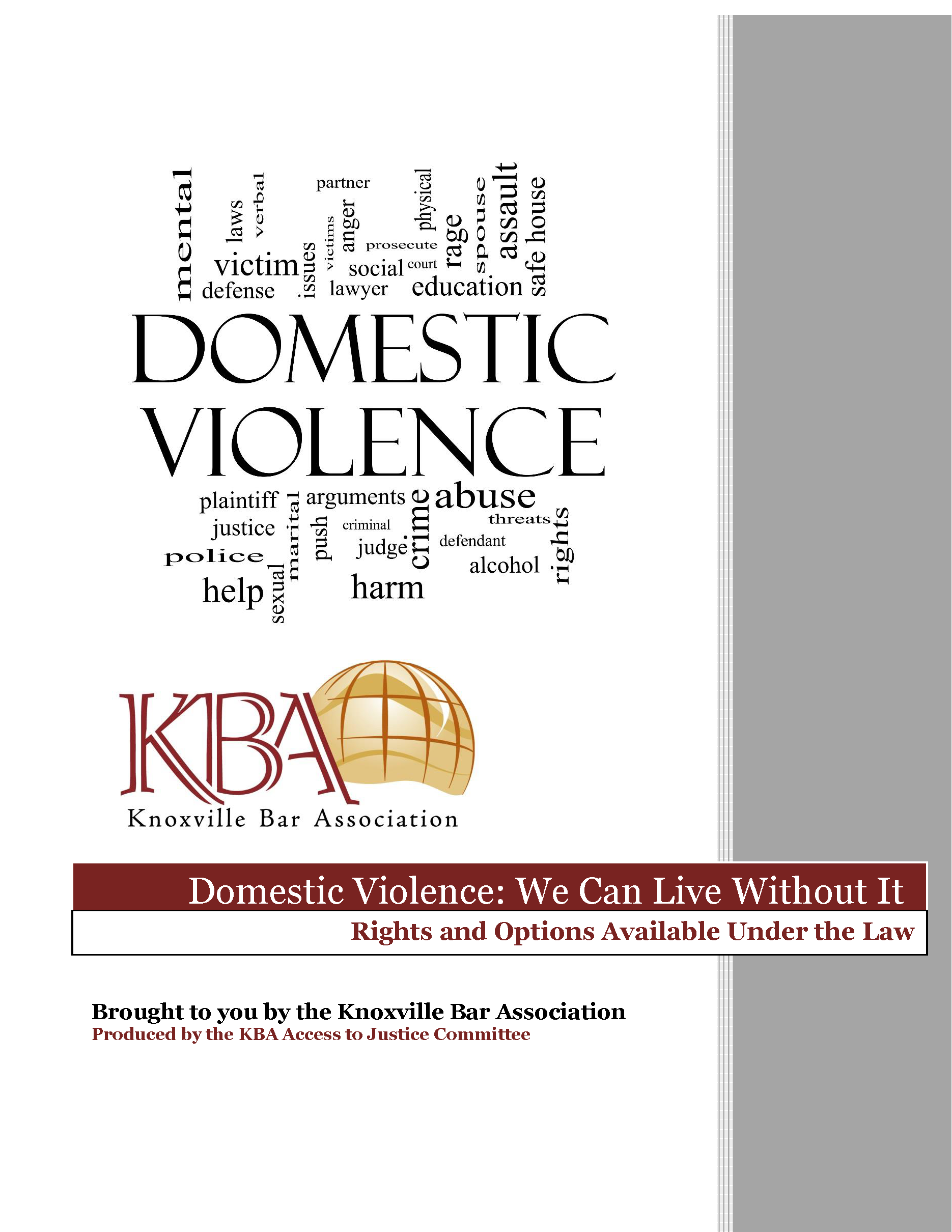