Online registration for this event is closed.
Details

Lady Vols Basketball Coach Kellie Harper will speak at a networking event for members of the Knoxville Bar Association and the Tennessee Society of CPAs-Knoxville Chapter on Wednesday, October 2nd. The event will be held from 5:30-7:30 p.m. at Mercedes of Knoxville, which is located at 10131 Parkside Dr., Knoxville, TN 37922. The event is free to members of the KBA and TSCPA. Light hors d’oeuvres with beer and wine available compliments of our event sponsors, Pinnacle Financial Partners and LOGICFORCE. The event is free, but space is limited, so you must RSVP by September 23.

HOW TO REGISTER ONLINE:

Members of the KBA and TSCPA 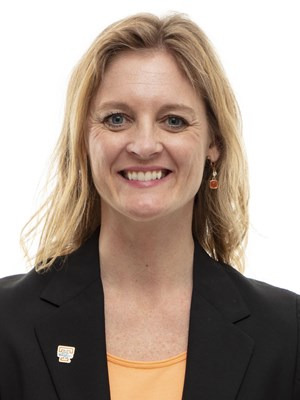 1999 University of Tennessee graduate and former women’s basketball standout Kellie Harper was announced by UT Director of Athletics Phillip Fulmer as the new head coach of the Lady Volunteers on April 9, 2019. Harper became only the third Lady Vol head coach in the NCAA era of women’s basketball. She took the reins at Tennessee after six years of leading the Missouri State Lady Bears, capped by the 2018-19 season’s impressive march to the Missouri Valley Conference Tournament title and magical run to the NCAA Sweet 16. A native of Sparta, Tenn., Harper (then known as Kellie Jolly) was a point guard for the legendary Pat Summitt at UT from 1995-99, playing 132 games and helping the Lady Vols win NCAA National Championships in 1996, 1997 and 1998. She was part of a senior class that helped the Big Orange forge a 131-17 overall record as well as win two SEC regular season titles (1998, 1999) and three SEC Tournament crowns (1996, 1998, 1999). One of only 11 women’s hoops skippers to lead three different schools to the NCAA Tournament, Harper has directed her teams to 12 postseason berths in her 15-year head coaching career. She guided Missouri State to NCAA appearances in 2015-16 and 2018-19 with WNIT berths on three other occasions. She also led North Carolina State to the NCAA Tournament in 2009-10 (plus two WNIT appearances) and guided Western Carolina to NCAA berths in 2004-05 and 2008-09 (plus two trips to the WNIT). Harper owns a 15-year head coaching record of 285-208, including five NCAA Tournament appearances and seven WNIT berths in that span. In 24 seasons as a Division I head coach, assistant coach or player, Harper has made 20 postseason appearances with a combined 533-261 record, 13 NCAA Tournament appearances and seven WNIT bids. She is married to Jon Harper, an assistant coach on her staffs at Western Carolina, NC State, Missouri State and now Tennessee. The Harpers welcomed their first child, son Jackson, in November 2013, and had a daughter, Kiley, in June 2018.


Online registration for this event is closed.
Questions?
Contact: